Just like you, I get asked all of the time, “what do you do?” When I tell them that I am a wedding videographer, they usually look a bit puzzled like they have never heard of such a thing.

They also usually are confused at how come anyone would choose a professional videographer for their wedding rather than having a friend carry around a camcorder from Circuit City.

It seems that not everyone knows what videography is and why a professional videographer can capture a wedding so much better than a friend with a camcorder.

Videography is similar to photography in a sense of the fact that both are a visual way to preserve an event and give someone pictures of what happened that day. Professional photographers will be able to add quality not only by the equipment they use but by their artistic eye allowing them to shoot the really cool shots. They typically use cameras costing them thousands of dollars and can really take some spectacular shots.

A videographer differs in that videography has to capture thousands and thousands of pictures and sound too. Think of a movie. You could sum up a movie using pictures and a storyboard, but the final film will also contain all of the excitement and sounds. That is how videography can enhance how you preserve your wedding day.

The other main difference, mentioned above, is the capturing of sounds. Audio is so vitally important because you want to hear the vows, the music, the comments and the laughter that made your day unique.

What is the Difference Between Professional And Other Videographers

A couple of years ago, Yahoo ran an article about 10 businesses you could start this weekend. One of those businesses was a videography and the article sent chills up my spine as I knew that the “competition” was just about to explode in the area. What happens after articles like that is that people who have no real experience with digital editing and film-making rush out and buy a camcorder from Circuit City or Best buy and they start calling themselves a videographer.

That would be like me going down to the local Home Depot, buying a lawnmower and calling myself a landscaper. There is so much more that goes into videography, just like landscaping that I thought I would point out some of the differences.

When I shoot a wedding I either use one or two cameras based on what the couple chooses. The camera(s) I use are Sony DCR-VX 2100s which are not sold anywhere in Charleston at all. They cost around $2,500 each and that does not even include the other items that are necessary to properly film. That is just for the camera.

I also use tripods, extra batteries, and a Steady Max camera stabilizer to get the motion shots that I will need for the final video. Unlike photography, my subjects are always on the move and that movement is what I want to capture on film. I have to be able to move with them without it looking like a home movie or an earthquake.

Then after a wedding is shot, I go home and edit the video down from 4-6 hours to under 2 hours using thousands of dollars worth of software and high-speed computers. The final DVD is laser inscribed and presented to the couple after I have spent 40-50 hours in post-production.

Why go to these lengths to film a wedding? Because every moment at your wedding has been planned out. You may have spent months deciding on what type of dress you will wear or what your cake will be like and I want those decisions to be part of your finished product. I want you to be able to see your wedding day exactly as you planned it.

During the romantic first dance, which is usually done in low-light, I want you to be able to see your faces. The glance of your groom or how he looks at you while you walk down the aisle. Videography is so much more than pointing a camcorder and pressing record, but when done professionally, there is nothing better at capturing your wedding. 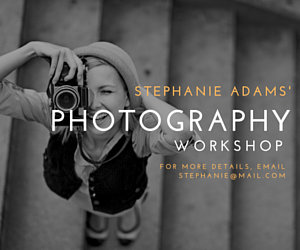